A04 Spirit of Patmos

Leaving Skala harbor your tour will start by visiting the Cave of St. John taking the form of a 17th century Monastery built around the cave where St. John spent two years living the life of an ascetic (95-97 AD).

Under the influence of visions, St John wrote the Apocalypse, dictating it to his disciple Prochoros.

We then drive up to the most impressive village of Chora, the capital of the island. On top of the hill lies the Monastery of St. John, a Byzantine building, built in 1088 by the Blessed Christodoulos, servant of Christ. Behind its imposing thick, high walls, there is a fantastic array of religious treasures, relics of saints, priceless heirlooms, jewelry and votive offerings. Monastery’s library is of great importance with a rare collection of books and manuscripts.

Taking the way down from the Monastery you will visit one of the traditional Patmian houses; the house of Simandiris family.

The magnificence of Patmian houses interiors leave one speechless. While entering the thick wooden entrance door is like stepping into another dimension. The Venetian style furniture and handicrafts as well as the ceilings and multi-colored mosaics date back to the 18th century.

You then proceed to “Aloni” to enjoy some ouzo with Greek snacks while attending a Greek folklore show where you may participate.

After this impressive tour you will return to Skala passing the South end of the island. 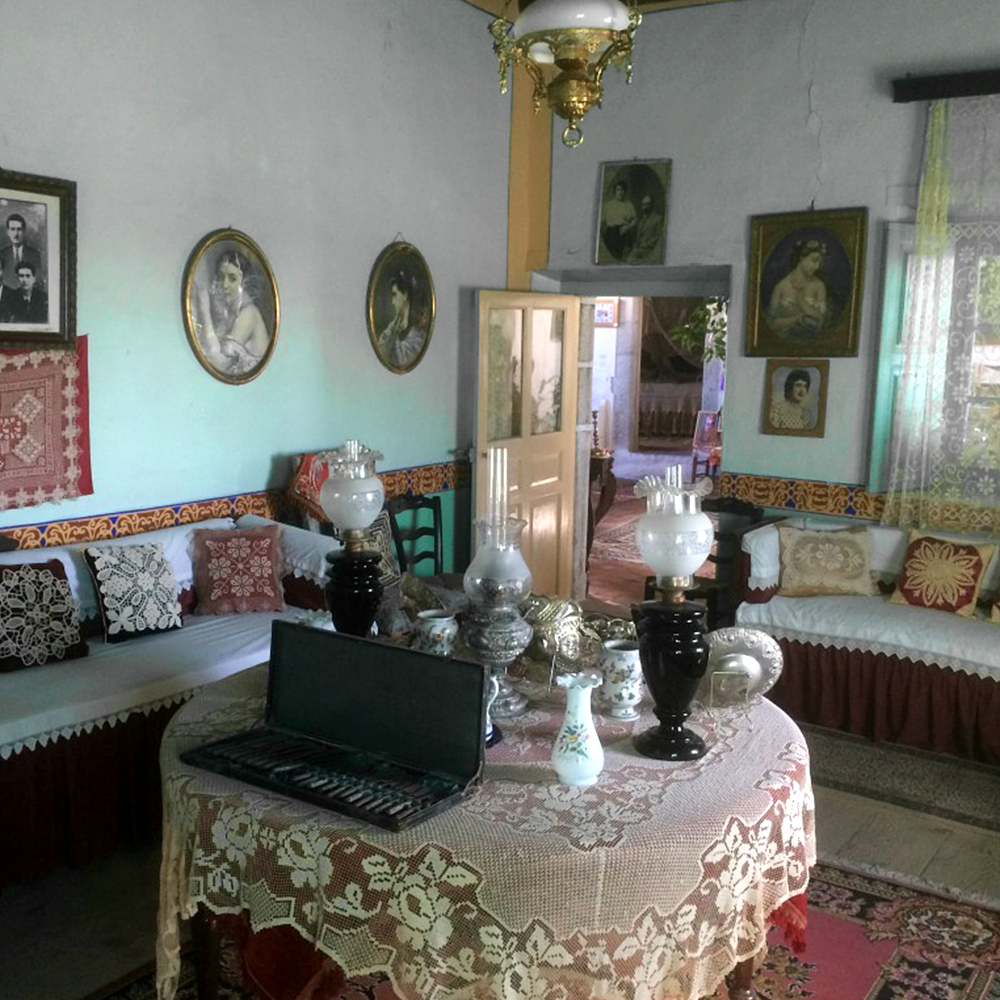